During his 30-year career, Chief Chapman has worked his way up from a Patrolman, a Sergeant and Lieutenant in the Traffic Division, and Deputy Chief of Police. He was appointed Chief in 2019.

He attended the U.S. Army Military Police School and graduated from Harrison County Law Enforcement Training Academy. During his time in the military, he received two Army achievement medals. Chief Chapman is a 2016 graduate of the FBI/MS Command College. Chief Chapman has previously been a certified firearms instructor and police motorcycle instructor. 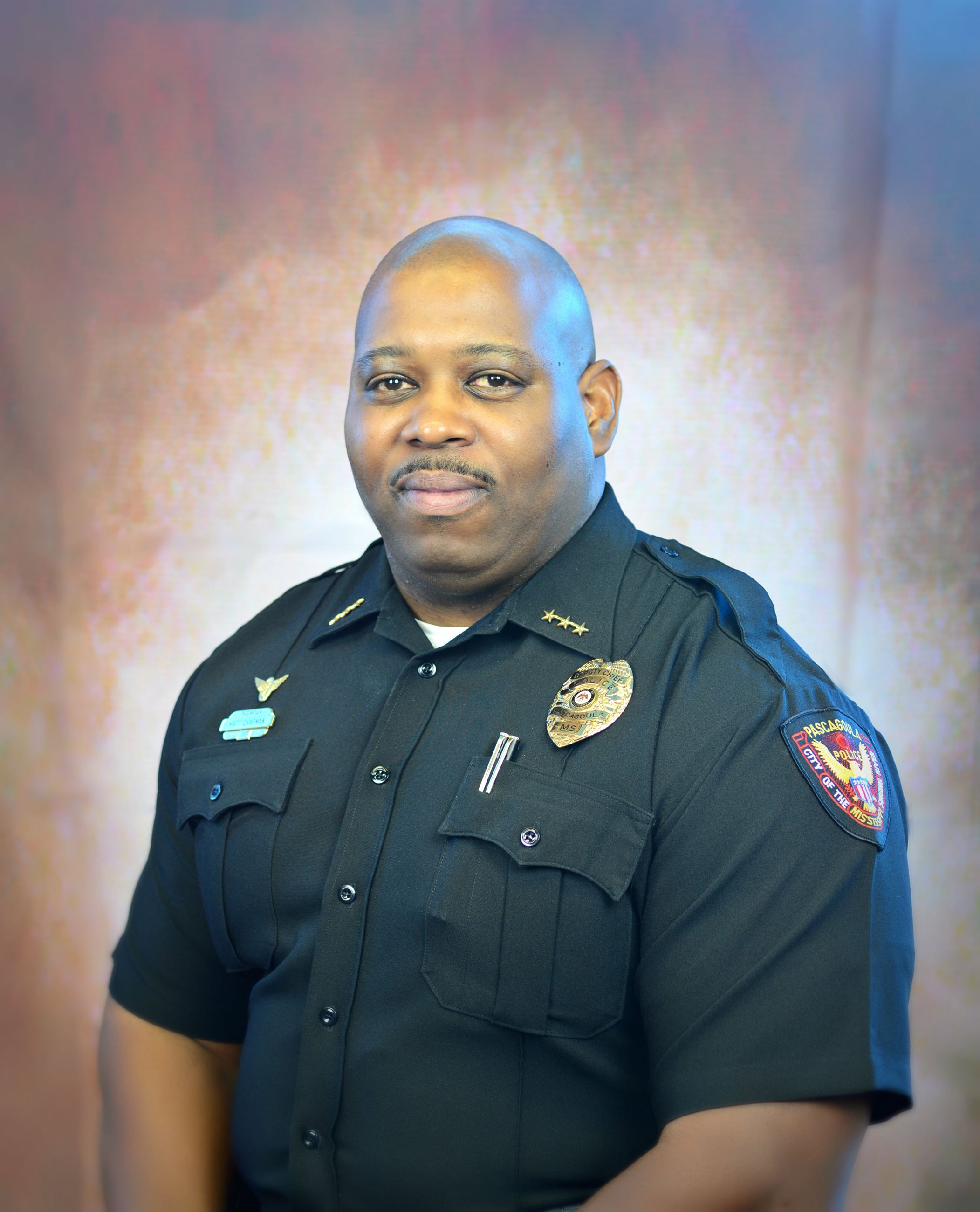 
Deputy Chief Cunningham is a 1983 graduate from Moss Point High School. He started his law enforcement career in 1986, where he began as a Dispatcher. He has also held the position of Patrol Officer, Detective, Sergeant, Lieutenant and Deputy Chief of Police. During his career, he has been the lead detective on numerous high profile cases. He has also worked closely with the F.B.I. Safe Street Task Force, U.S. Customs Blue Lighting Task Force, U.S. Marshal's Drug Enforcement Administration, along with state and local agency task forces. He is a 2018 graduate of the FBI/MS Command College. Deputy Chief Cunningham is married, has ten children and four stepchildren. He hopes to follow in his late father, Chief Jack Cunningham's, footsteps by becoming Chief of Police. 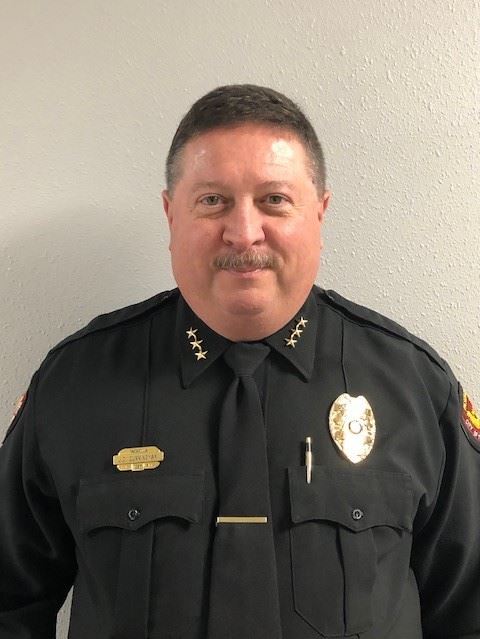 Captain Broom began his career as a patrolman with the Pascagoula Police Department in 1992. He has progressed through the ranks first as a Sergeant, a Lieutenant, and he was promoted to Captain in 2008. He is a graduate of Pascagoula High School and the Harrison County Law Enforcement Training Academy where he was awarded the Larkin Smith Award. Captain Broom is also a graduate of the 242nd Session of the FBI National Academy. 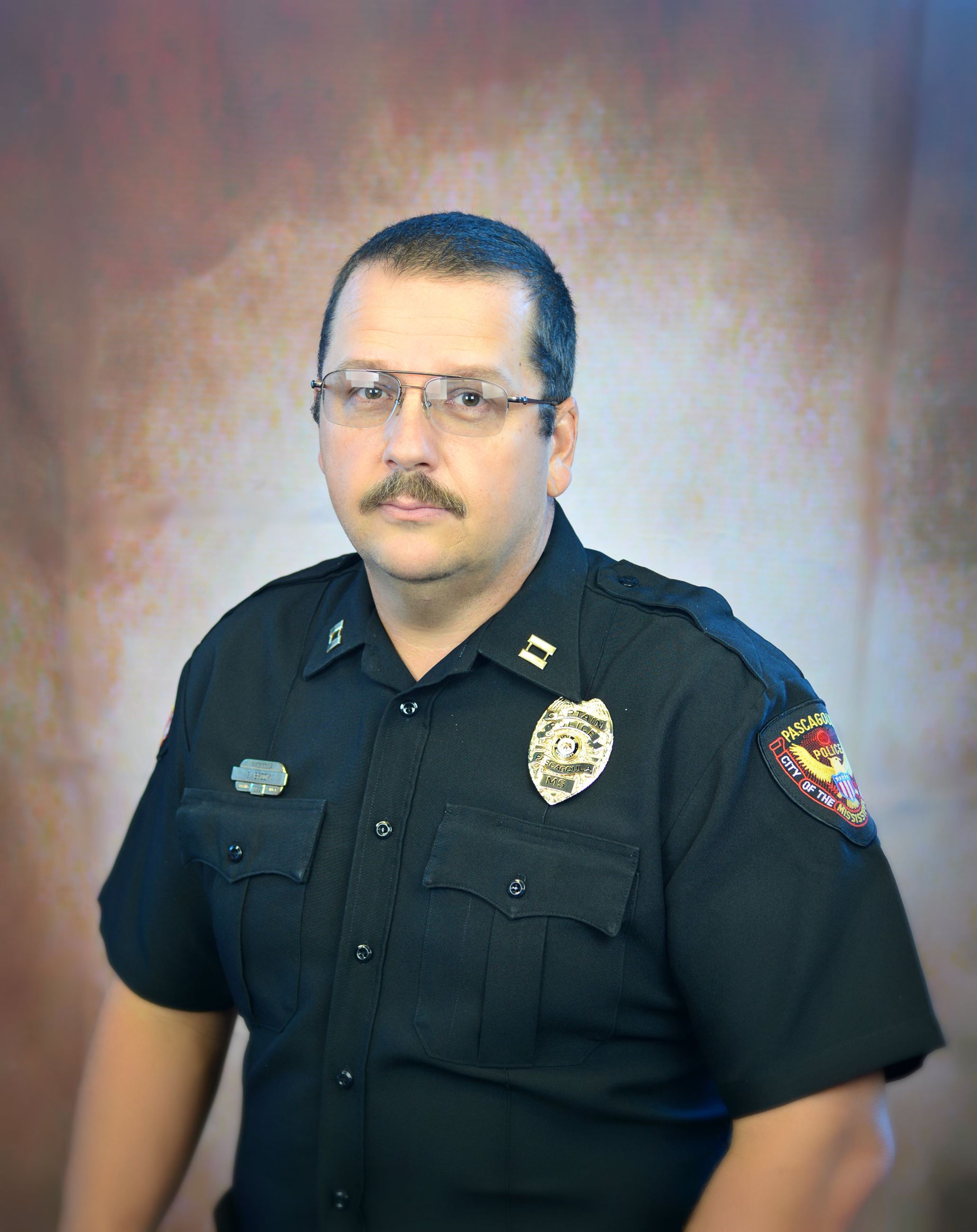 
Captain Scott has been in law enforcement for 22 years, where he began his career as a Reserve Officer. He has worked in the Patrol and Traffic Divisions and is a F.B.I. Hostage Negotiator. He is a certified Police Officer Motorcycle Rider Instructor. He graduated from the FBI/MS Command College in 2022. Captain Scott was born and raised in Jackson County, MS.

Captain Weeks is a veteran of the United States Marine Corps. He attended and completed the Harrison County Law Enforcement Training Academy in 1995 and is a 2014 graduate of the FBI/MS Command College. He is a 2022 graduate of the National Command and Staff College.

Captain Weeks began his 25-year career with the Moss Point Police Department in 1997. During his career, he has served as a Patrolman, Motor Officer, K-9 Handler, Patrol Shift Supervisor, and Firearms Instructor. He also served as the Department’s Accreditation Manager, before his promotion to Director of Professional Standards, and is currently Commander of the department's SWAT Team. 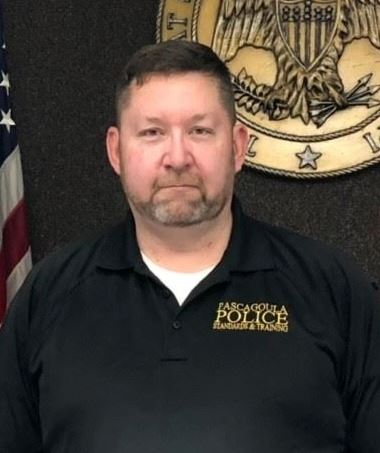